Finally! Good lord that took me far too long. And in the end, the key was just don’t upgrade any units until your map is completely full up! 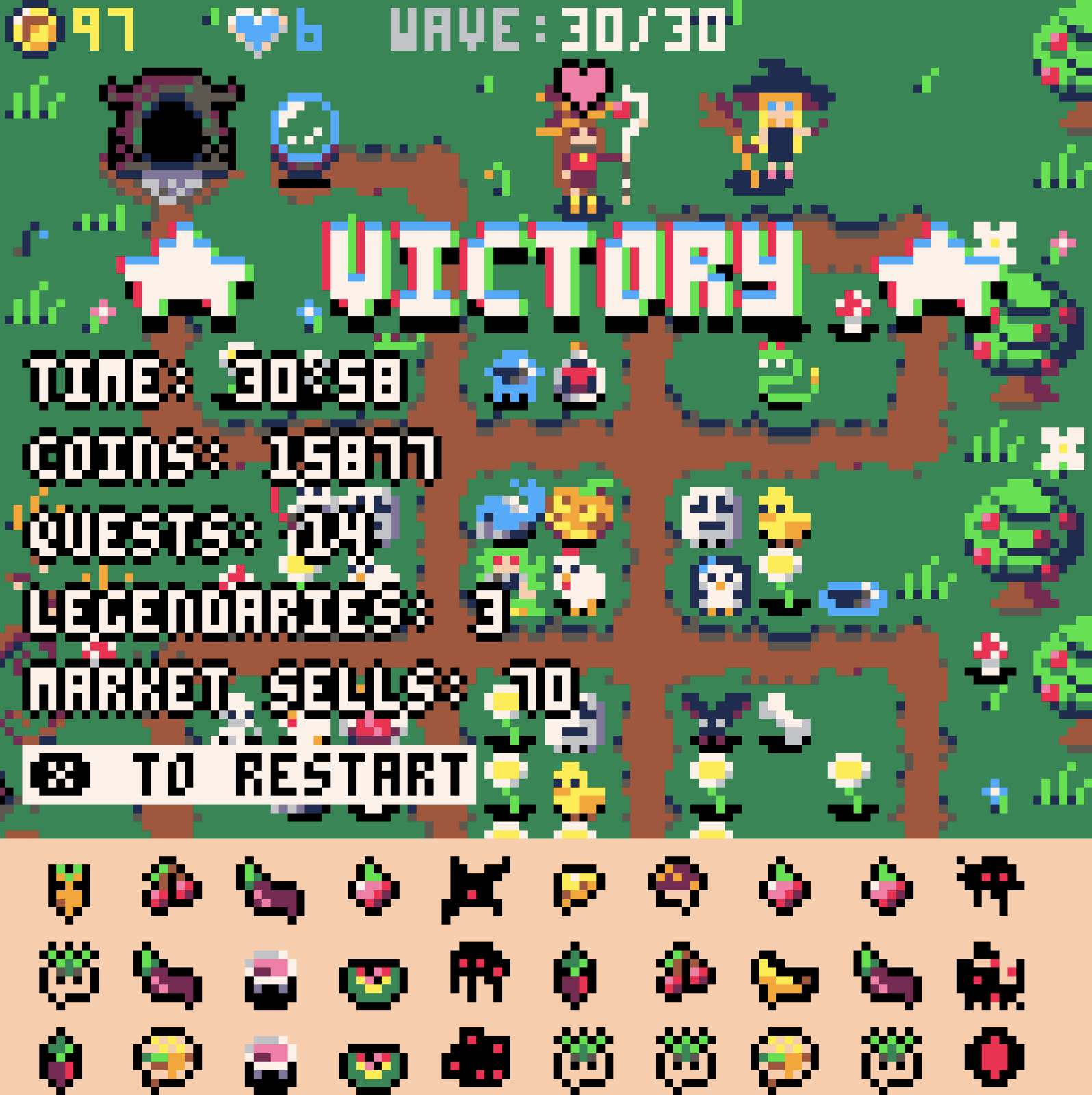 I don't really have Twitter and was trying to contact you back about this, you asked me to give a bit of feedback and balancing on the game (1.7 version on steam). Here's a Desmos graph demonstrating which upgrades are extremely bad compared to the others:

For game balancing purposes I have a bunch more to say but I've been busy with my own projects and stuff right now so I'll try to follow up more later. 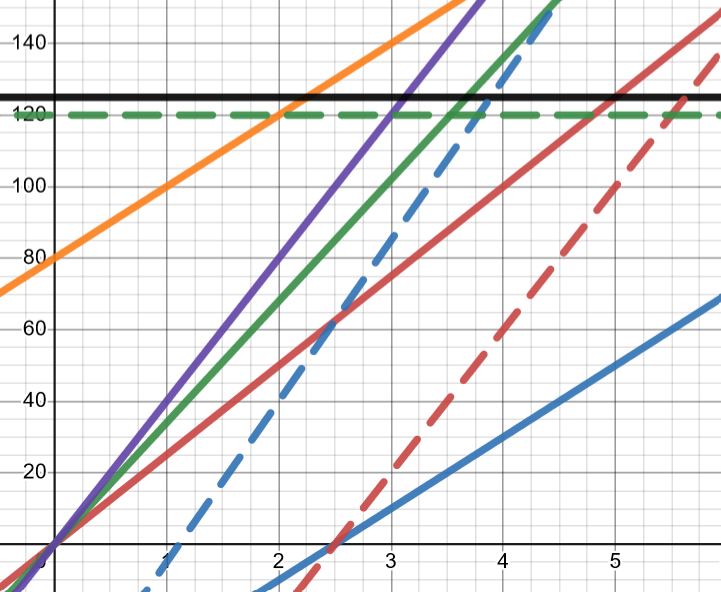 Edit: As you can see, it takes around 4 burger upgrades to be on par with certain other upgrades as an example. That's how bad some upgrades are in comparison to how good other upgrades are. I actually left a major calculation out, which is that perkill upgrades are less effective on boss waves where strawberries don't spawn, among other issues, but yeah. It's accurate otherwise.

This is very nice, thank you a lot for this, this is just my second game and this knowledge is very valuable to me, I'll use it if I decide to make another patch!

This was a nice experience! Was a bit difficult to read the words but after a while, it was fine.

my first win ( plundering money )  I challenge whoever make more money than  this without losing any health :D 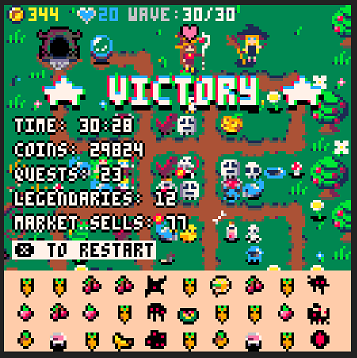 ohohoho didn't think I will get beaten so quickly just in 5 days, I thought it will be  a week  at least. Can you get past 30 K like 31 K I want to know since i thought 30 K is the limit.

i finally did it :D 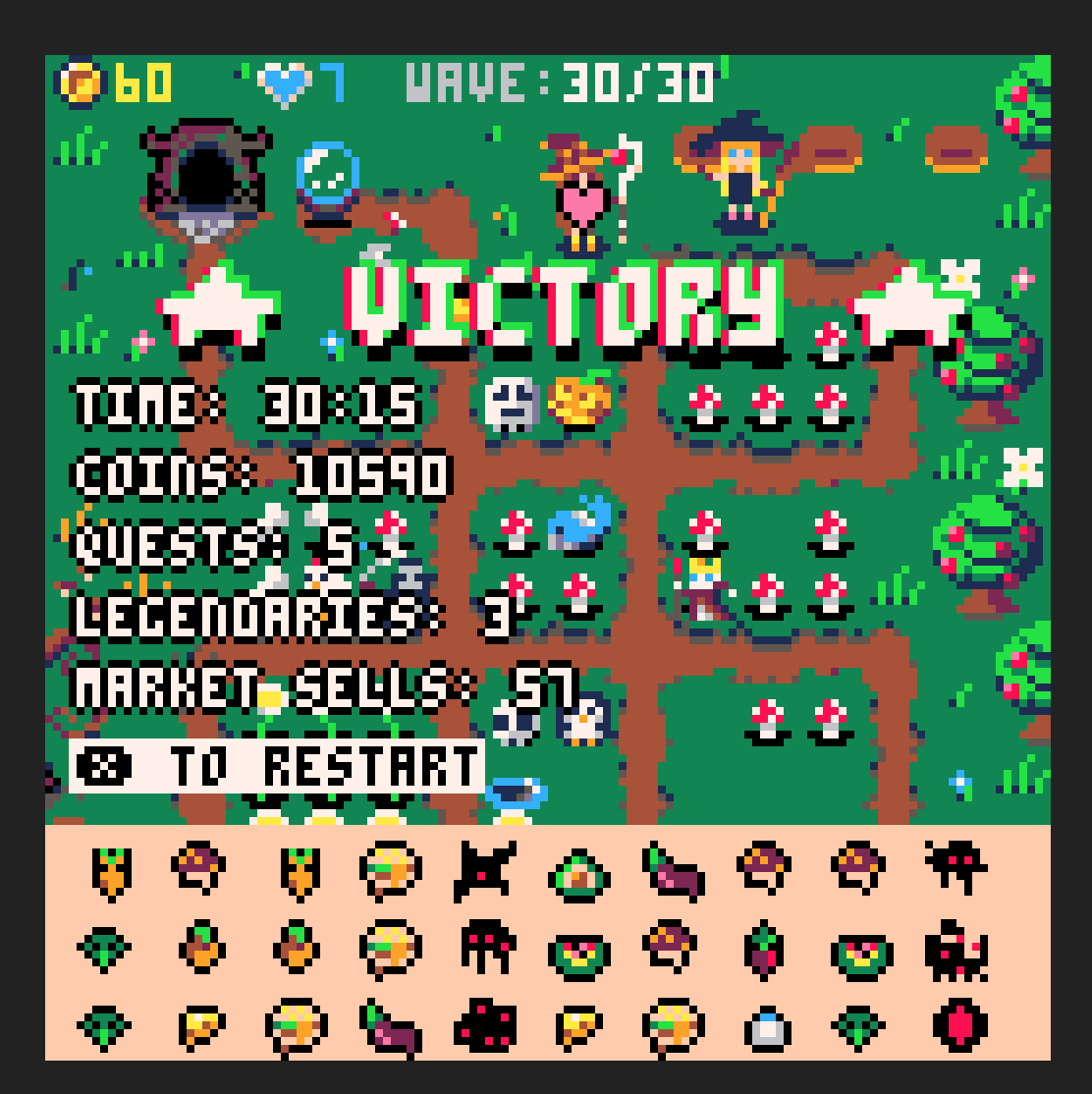 Found out this works pretty well on android in the browser. It's not ideal as the floaty movement makes placement a little tricky, but it works!

This is so great! Definitely gonna keep coming back til I beat it!

Wow! Great work. I had so much fun playing this, just had to keep trying until I beat it :)

Made an itch.io account just to tell you how fun this game is.

I've played on lexaloffle also but this is a really cool game.

What are quest and how do you do them?

You complete a quest by making 5 same towers, so there are 30 quests in total.

Thank you for the playthrough! 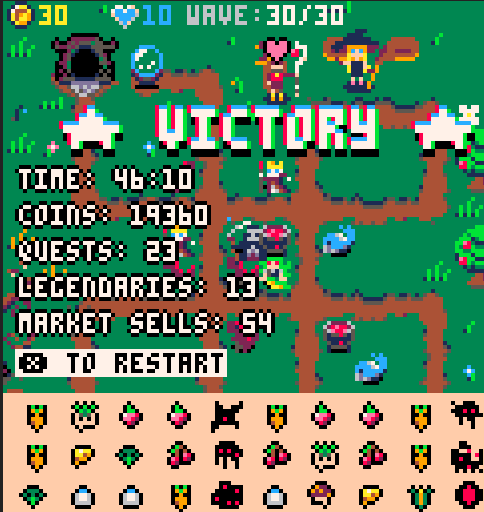 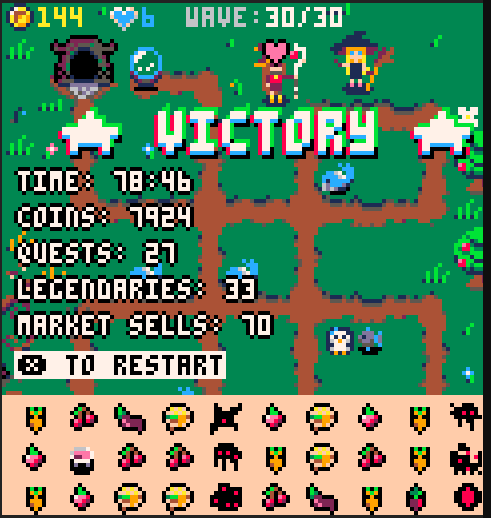 This is incredible, I never managed to do that even while debugging, you deserve an achievement! 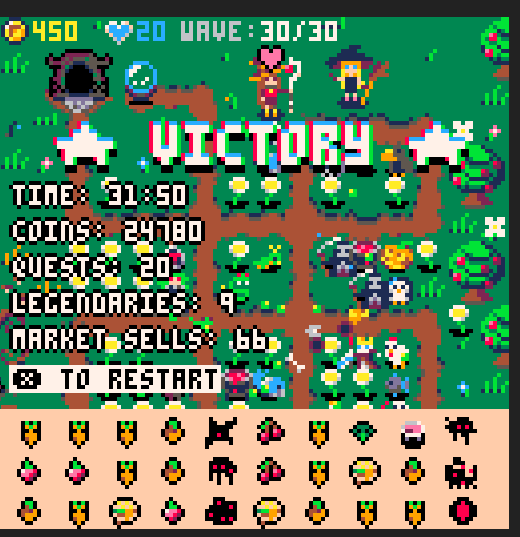 Reply
Gschmimo84 days ago
Reply
Ral The Floofster85 days ago

i wish was downloadable

Cartridge and executables are available for a fee!

I like this game a lot! It can be a bit difficult but it’s definitely a fun and rewarding challenge! The randomization of towers definitely adds more to the challenge. There is a lot of decision making with what towers to upgrade and sell and the trade-offs that can occur from doing those actions. Overall, it’s a pretty addicting experience! Great work!

Thank you a lot for the review, it was very nice and insightful!